Successful meeting on challenges associated with optimization of the Crustacean harvest 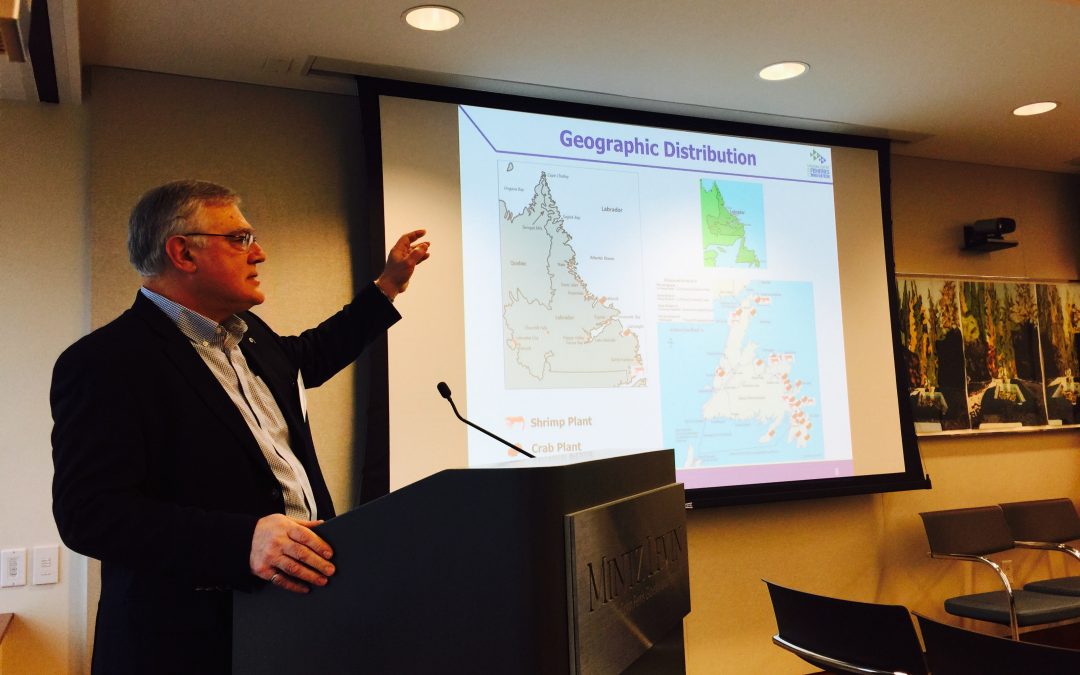 More than 40 people from the US, Canada and Iceland attended the Challenges in Optimizing the Yield of Crustacean Shell meeting, hosted by the Iceland Ocean Cluster and New England Ocean Cluster in Boston on March 7. Much of the crustacean shell waste in the United States contains valuable proteins, and yet the majority of waste goes to landfills or composting operations. The purpose of this meeting was to begin to identify higher-value opportunities and how they can be achieved. Cluster partners and attendees included institutions from Alaska, Canada, Massachusetts, and Maine.

“We are showing our neighbors how we maximize the value of cod in Iceland, and hope to contribute to greater utilization of other marine animals,” says Thor Sigfusson of the Iceland Ocean Cluster. Thor says that Icelandic technology companies can assist US companies’ efforts towards shell utilization. Two such companies, Hedinn and Samey, have already begun projects in the United States.