Fish are food, and fashion 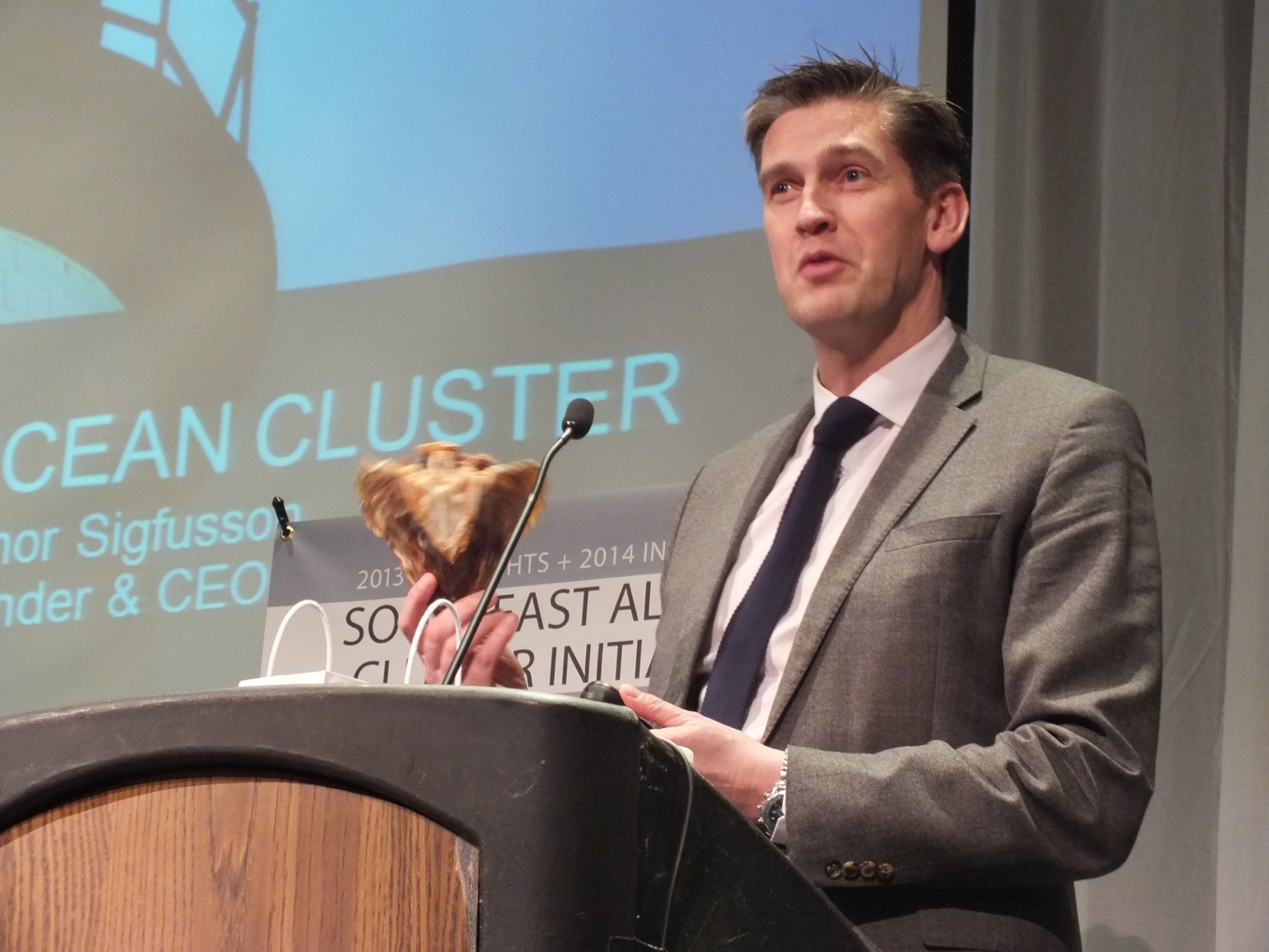 Both Iceland’s and Alaska’s economies rest heavily on the seafood industry: Fish brings in a total of $7 billion annually to Iceland’s economy, and $5.8 billion to Alaska’s, according to Sigfusson’s numbers. He called Iceland and Alaska part of the “Silicon Valley of fish.”

He said his goal is to double the value of the cluster over the next 10 years.

The idea is to move away from seeing fish only as food and nothing more, Sigfusson said. This includes turning cod skin to leather for clothing and shoes and creating fish oil capsules and cosmetics. It’s making money from parts of the fish that would have otherwise been tossed, he said.

“In Iceland, we are taking skins and selling them for fashion — $7.50 per piece,” Sigfusson said. “A huge added value in our fisheries is from using more of the fish. We’ve been able to more than double the value of each cod caught in Icelandic waters.”

Bell said much of Sigfusson’s talk struck a chord with her. Her department has many offshoots, including the Alaska Seafood Marketing Institute, focused on building Alaska’s seafood industry