The Iceland Ocean Cluster has initited a project which aims to bring together all major players in the management of Marine clusters in the North Atlantic to strengthen cooperation and share best practices.
The nations surrounding the North Atlantic have benefited economically from one of the most resourceful oceans in the world (2.3 times the average catch of the world seas) but are they fully utilising the new opportunities which the ocean may bring? To date, limited research have been conducted on networks within the ocean/marine clusters. Recent research by Sigfusson and Harris (2011) conducted a study on the network relationships of high tech marine firms in comparison with high tech firms in other ICT industries. They found a significant difference in network capacity between these two sectors. Marine industry enterpreneurs were found to be less connected and under-utilised network-based relationships within their industry compared to computer game entrepreneurs. Ocean/marine entrepreneurs were also found to have smaller networks outside their home region. This may explain also partly the relatively week ocean/marine-based clusters in many countries compared to other clusters.
Ocean related industries also face obstacles in that they are generally depicted in the media as first and foremost fisheries. Ships are shown in strong winds with high waves and fishermen are presented as tough people working under very extreme conditions. These simplistic pictures of the marine industry combined with the minimum media coverage of new industries, partly explains the lack of interest and knowledge in this sector in many countries, not least lack of interest among new generations. This may also explain why marine clusters, specifically clusters related to fisheries and related business, have not gained significiant interest.
The lack of networking among the entrepreneurs and cooperation among industries in the region may indicate there are opportunities which have not been utilised – not least opportunities for future generations of well educated people.
Individual clusters have shown interest in more harmonisation as it may assist in strengthening the image of the North Atlantic marine market, both within the region as well as globally. Thus, there are significant opportunities in more benchmarking among ocean/marine clusters in the North Atlantic and in strenghtening relationship networks in the ocean/marine sector. 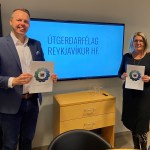 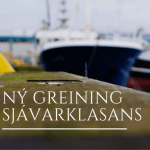 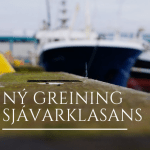